Join Us On Sunday //

Sundays | 9 & 10:45 AM
We’re so glad you’re checking Blackhawk out. If you have questions or would like a quick tour, stop by the Info Desk – we’d love to meet you!

As you arrive, the Parking Team will direct you where to park – the upper ramp for worship services or the lower ramp for Blackhawk Kids.

Worship services are located on the upper level. There are several different venues available at each service hour – Live, Gospel Fusion, Traditions, and Blackhawk Chinese Ministry. All receive the same message for the day, but vary in other elements of the service. By providing different worship spaces, we hope you can get to know others and feel at home in whichever venue you choose. Ushers will be ready to help you find a seat.

Kids birth to sixth grade are welcome in any of our venues, or they can attend Blackhawk Kids where they will have a worship service that’s made just for them. To check out Blackhawk Kids, head to the BKids Welcome Desk in the lower level and a welcome team will help you register and find your rooms. We also offer a Family Room where you can watch a live stream of the service, with space for you and your family to move around as much as needed.
DirectionsContact Us
Directions
Contact Us

Our hope is that in providing several different worship spaces at Brader Way, it’s easier to get to know other people and feel at home in whichever venue you choose.

9 & 10:45 AM | Eastside Auditorium
Our largest venue, Live offers live teaching and contemporary music. The 9 AM service is streamed online each week.

9 & 10:45 AM | Westside Auditorium
A venue where we intentionally pursue multicultural community and worship. The music is a fusion of Gospel and Contemporary Christian with the message streamed from our Live venue.
Learn More

9 AM | Gym
An intimate venue that aims to help connect us to the deep roots of our faith with hymns, acoustic instruments and the message streamed from our Live venue.

10:45 AM | Gym
Especially for Chinese-speaking believers and seekers, BCM offers a blend of contemporary Chinese worship songs and traditional hymns, with a message given by Pastor Charles Huang.
Learn More 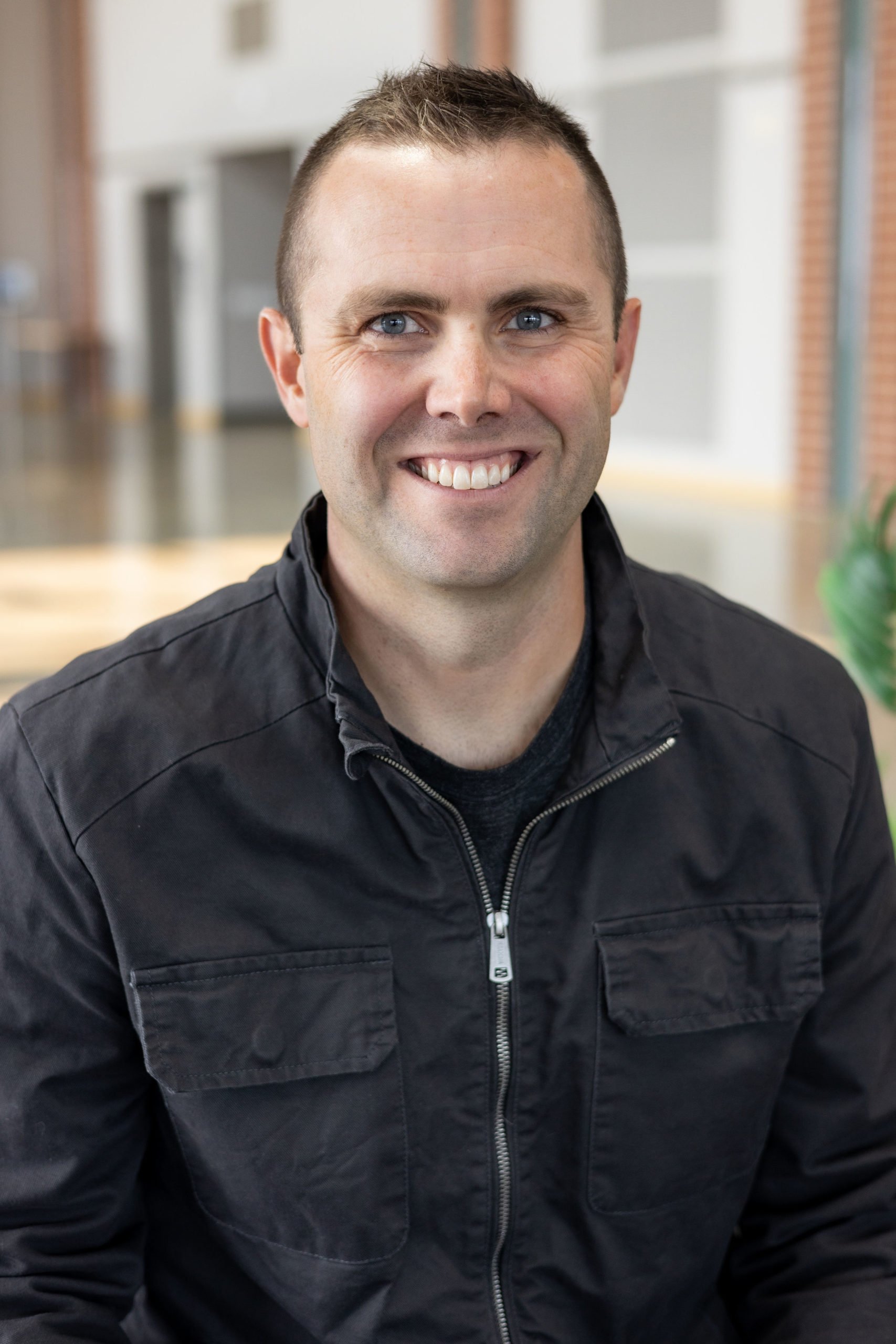 Originally from Waunakee, WI, Chris met his wife, Amy at the University of Wisconsin-Madison where he received degrees in religious studies and political science. Before joining Blackhawk staff, the Kopps spent six years in Denver, CO where Chris earned a Master of Divinity degree from Denver Seminary and served as a pastor in two local churches. In 2018, they moved back to Madison and Chris joined Blackhawk Worship Arts staff. In 2021, Chris began to serve as Lead Pastor of Blackhawk Brader Way.

Chris and Amy have two kids, Adalie and Micah, and a golden retriever named Maddie. When they’re not out walking around the neighborhood, at a park, or watching Doc McStuffins, Chris enjoys following Wisconsin sports, trying to keep up on Greek grammar, reading, writing, mountains, and music.

No additional events this month.